(Further discussion of the legal abuse engaged in by Town of Avon officials and the inappropriateness of a law suit used by the Town Council to intimidate their citizens, delay the process, and waste money. Town attorney Paul Wisor used the same process to inappropriately enrich his law firm, Garfield & Hecht, and the town council has used public money to fund this corrupt and inappropriate use of Town of Avon financial resources, in an attempt to keep themselves in power and further abuse their roll as elected officials. This combined action of the Town of Avon council and the Town of Avon attorney Paul Wisor is the very definition of a corrupt elected body and is the actual reason we for the need for recall of the council members.)

ABUSE OF POWER AND ABUSE OF AUTHORITY. 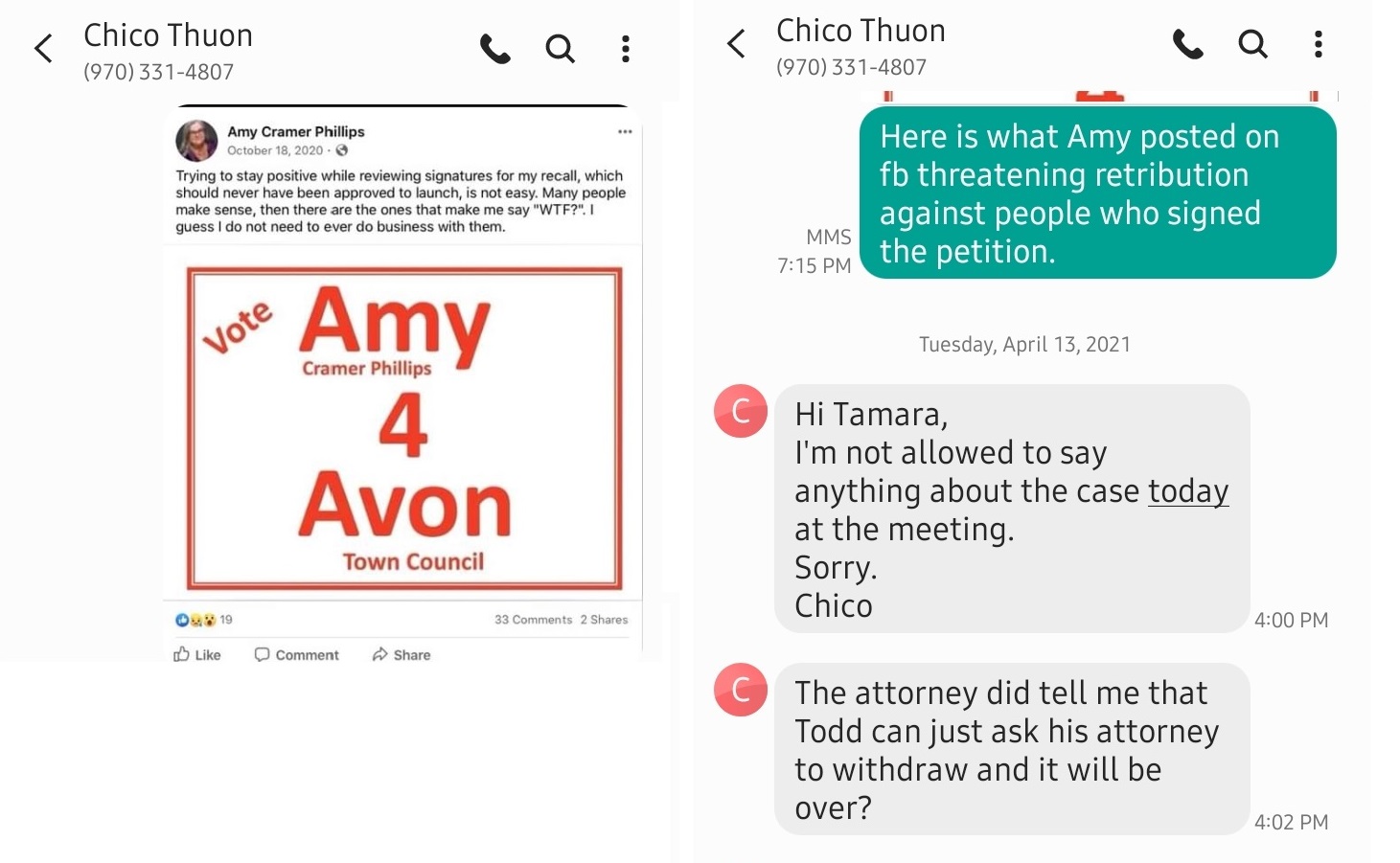 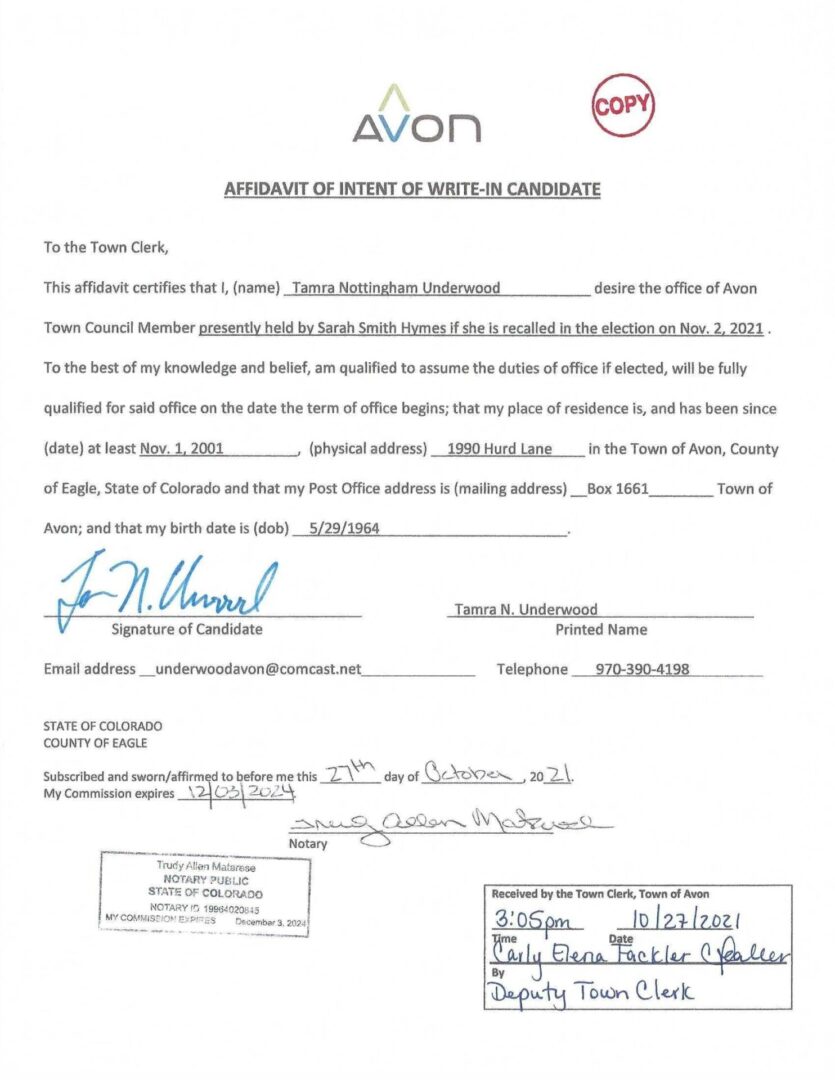 __________________________________________ October 27, 2021 write-in Candidacy's of Sarah Hymes and Tamra Underwood are illegal under Colorado Revised Statute  (C.R.S. Section 31-4-504(3)(c) which states, "...The name of the person against whom the petition is filed shall not appear on the ballot as a candidate for office." Resigned Avon Town Attorney Paul Wisor incorrectly stated in the Town's website ((https://www.avon.org/83/Election-Resources) "Candidates for the recall election must circulate a petition to replace EITHER Sarah Smith Hymes or Tamra Underwood. Candidates may not seek to replace both members of Council.", creating this problem out of thin air. Town council members never run for an individual seat, but in normal elections are taken from the top vote getters in each election out of the candidates available. Therefore each seat is not individually held or assigned to any precinct. The councilor voted on for recall is individualized, but this does not determine that an indvidual seat is held as a separble entity by itself. Also, neither candidate provided a petition signed by 10 registered Avon voters by the 10/27/2021 @1700 deadline for write-in candidacy, and no candidate in Colorado can petition themself alone as a candidate. Therefore, both Hymes' and Underwood's write in candidacies are invalid by 2 separate legal rationale's. This only becomes important if one of both are actually recalled. If neither is recalled the issue is moot. If this becomes an issue, the new Town attorney, Karl Hanlon will have to fix the problem (either willfully malaciously or incompetently) created by his predecessor in the role of Town Attorney. Recall Committee members have a recording of Deputy Town Clerk Carly Fackler clearly stating that no petition signers were turned in with the affadavits for write-in candidacies and still none existed by November 1, 2021- well past the deadline to submit write-in candidacy petitions. So, any signers of petitions showing up magically post facto are further evidence of election fraud.

Thanks for subscribing! Please check your email for further instructions.

Something went wrong. Please check your entries and try again.
Scroll To Top